skip to main | skip to sidebar

All spots filled! Start of Season 13

A repeat of the catchers. Trace has a lot more pop (27 extra base hits vs. 2), but Jolbert gets on base more (.366 vs. .288) all giving Trace a tiny OPS advantage. Their fielding stats are nearly identical except for Jolert’s 13 + plays which gives the advantage to Louisville

Behind the plate Alex is basically Angel with more speed (more extra base hits per PP, 19 SB’s compared to 0. Overall the OPS difference is .841 vs. .803. Angel should be better in the field but the stats were pretty similar (12 + plays in 160 start vs. 6 + plays in 77 starts). Overall the small advantage goes to Portland

Esteban has been the better hitter this season (.303 21 HR 15 SB .906 OPS vs. .232 37 HR 0 SB .730 OPS). Sal was a more useful defensive player playing a capable SS and really nice 2B, while Estaban played some 2B, 3B, LF, CF, and RF playing the corner outfield spots well and was only a disaster in CF. The greater impact at the plate gives a small advantage to Portland.

The WHIP and ERA are about equal, but there is a huge advantage that makes one feel slightly better about Portland’s staff than Louisville, but it is really, really close.

Again, its really close. Cho has a better save ratio (14/15 compared to 20/25), but Rivera has slightly better numbers otherwise. We’ll call it a tie.

Posted by Anonymous at 7:27 PM No comments:

1. Portland Thunder: I’d love to lie and call myself the underdog, but there just isn’t any good way of doing. Whoever knocks me off will have taken down the favorite. A few points to consider. First, both Pedro Perez and Dave Bale had more HR’s than strikeouts. In RL only 6 guys have hit 40 HR’s and accomplished that. They both did. Four of their starters had more walks than strikeouts. Dave Bale was a SB short of 40/40. On the mound Bobby Buchanan broke the wins and innings pitched record, yet Henry Burns might have had the better season. Speaking of which, Buchanan is argument 1 for steroid testing in HBD. Look at his numbers before this season and then look at this season and tell me he wasn’t on something. Their ballpark masks how good their hitters are and makes their pitchers look somewhat better than they really are so lets look at some road only numbers. Chew on this: Their road OPS was 30 points higher than #2 in ML San Antonio. San Antonio was only 20 points higher than #7th in the AL Tacoma.

2. Louisville 65ers : The AL champ last season has to be #2 in power rakings. Though other teams had 99 wins, only Louisville came close challenging Portland’s OPS differentials. On offense Walt Conigliaro hulk smashed on offense with 140 runs, 106 RBI’s and 45 SB’s. On the mound Edgardo Montana put up on the top three seasons in the AL this season with 20 wins. 1.15 WHIP, and a 2.52 ERA.

3. San Antonio Sentinel: Want to know who keeps me up at night? Look no further. San Antonio’s run differential was only slightly worse than Portland’s. Their pitching was secretly the best in the AL. They have the strongest defense in the AL. At times they struggle to score runs, but that tends to matter less in the playoffs as they’re no bad teams to be found. On offense Pascual Santos crushed it with 42 HR’s and a .992 OPS. On the mound they just keep coming. Bordick and his 0.75 ERA. Former Thunder overall #3 Maduro had a 2.99 ERA Antonio Drew’s ROY 2.82 ERA, and former win’s champ Chris Walcutt continues to put up HOF numbers. WOW!

4. Vancouver Elite Monarchs II: I’m going to let you in a little secret. I have Colorado’s and San Antonio’s number just a little. I’m not sure of the exact percentage, but I win more than I should. Want to know who has mine? Vancouver! I’m not sure the last time I won the season series, but it wasn’t in the last three seasons. All the metrics make them the 4th best team, but if Scottsdale wants to keep beating them that is fine by me. On offense AJ Castillo leads them with 30 HR’s and 122 RBI’s. On Don Walls and his 1.18 WHIP and Marty Dyer and his 29 saves lead them from the mound.

5. Scottsdale Shwetty Balls: Love their team, love their owner arj03c, but Scottsdale has a dirty little secret. If you can get past Calderone and Little they can’t pitch. Well that is not fair, Francis has all of the ability in the world, but hasn’t produced. On offense they are epic. 6, yes 6 of their hitters have an OPS greater than .900. Mills is the only reasonable answer to who should finish 3rd in the MVP race. Former overall #1 Bubble Sutton has lived up to ever expectation, and my personal favorite is Calvin Yoshii. While I don’t think they will win this WS, they are in a great cap position and are sure to win a WS.

6. Baltimore Beatdown: Isn’t Madden a great guy? When he joined the league in season 9 we all benefited. He has an overall HBD winning record, which is more than I can say. When he posts on the WC, I know I listen. What a guy!

Posted by Anonymous at 11:41 PM No comments:

Those are not yearly totals for the former 5th pick., that is just 88 games Proving he was worth every dime of his 10 million dollar signing bonus, he is a serious contender for the MVP.

Jimenez—signed out of the Dominican Republic for 10.5 million dollars—is getting on base almost 43% of the time. A catcher, this is not a fluke as his ML number nearly match in his minor league numbers though he may show more power.

Acquired at no small price from Santa Cruz (Solid 3rd/4th Starter Torey Soria career 36-26 4.05 ERA 24 years old and solid hitting SS prospect Jemile McNeil (1.064 OPS with 10 SB as a 20 yo at AA though with 33 errors so far his bat is ahead of his glove)), James has really killed it since arriving in Portland. He has hit .329 with 13 HR’s and 8 SB’s in only 65 games. More importantly for what Portland does he has walked (41) almost as many times as he has struck out (43). The Portland, Maine Native is a former 19th pick.

DH Guerrero his is crushing it at ML after first arriving at AAA in season 14. A sandwich pick (54), Horacio was acquired for pitcher Banana Ripkin from the franchise that is now Tacoma.

The oldest of the top rookies, this former 2nd round pick is really producing now that he has made the majors. Mr. Knight has taken a long hard road to stardom. Originally drafted by the team that is now Scottsdale, he was first claimed off of waivers by Dover and then again by Durham. That said, he seems to have found a home!

Despite an early season injury the former 10th pick in the draft has killed in CF with 10 plus plays in only 59 games. The youngest of the top rookies, Mr. Wallace is a complete package. Interestingly, he only started getting trade requests this season. A hidden gem.

This former 31st pick finally settled in the majors and now may win 20 games. He’s been successful at AAA for many seasons before finally arriving at the majors.

The former 15th pick in the draft was acquired in a trade 6 seasons ago. Like Lennon, he was successful at AAA for many season for coming to the majors to be a plus starter.

The former 2nd round pick is now a top set up man. A 6ht year free agent, he was required by Burlington before the season.

The 11 million dollar IFA is the youngest of the top pitching rookies. His 2.84 ERA is a big part of the Wolverines completely out performing expectations
Posted by Anonymous at 10:41 PM 1 comment:

NL North: I had the order right, but as I sort of expected, Ottawa is playing better than I predicted. Everyone else is close enough to predictions.

NL East: Terrible. Philly was supposed to be the best team in the division, instead they’d miss the playoffs entirely if they started today. Worse yet, they are taking forever to get back to me on a very minor trade ;). Scranton is play about how I saw them, which with the fall of Philly, is good enough for a tie for first. St. Louis is playing better than expected. Syracuse is playing as expected.

NL South: The entire division has played better than expected. Charlotte has over performed the most, but I was just plain wrong about the relative strength of this division.

NL West: I feel really good about three of my predictions. Then there is Salt Lake City. They have been so much better than expected.

AL North: Tacoma, Iowa City, and Madison have all underperformed according to my predictions. Vancouver has really been much better than my number expected.

AL East: I couldn’t be happier to be wrong about Baltimore. They have exceeded expectations in a massive way. Unfortunately Dover and New York have gone the other way. I was close to being right about Washington.

AL South: I was reasonably close so far about San Antonio, Louisville, and New Orleans. Sadly, Texas has not played as well as I expected.

AL West: Scottsdale and San Francisco’s win totals are close to matching expectations. Colorado has played massively better than expected. Portland has won a few games more than expected too.

Posted by Anonymous at 8:14 PM No comments: 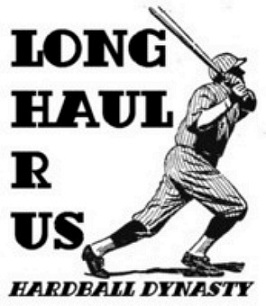